Crain’s New York reported Thursday that sources say the city has tapped architect and urbanist Vishaan Chakrabarti to lead up the design plan for Mayor Bill de Blasio’s major development proposal for the Sunnyside Yards. The Crain’s story comes one year after the city released a report on the potentiality of decking over the vast train yards, projecting the endeavor could cost $16-19 billion, involving 14,000 to 24,000 market rate apartments and 4,200 to 7,200 apartments counted as affordable. Since the mayor announced his plan for building housing over the swath of land in his 2015 State of the City address, little has been mentioned by the city about the project other than last year’s study.

The site, which according to last year’s report could include residential buildings 15 to 69 stories high and office buildings 18 to 44 stories, would expand on the growing Long Island City skyline and would constitute a new sub-neighborhood within Western Queens. Some dissidents have suggested the sudden volume of new people could have an overwhelming impact on the areas transit, schools and rents. Crain’s says the city won’t likely be able to act on a master plan until after BDB’s term ends in 2021. 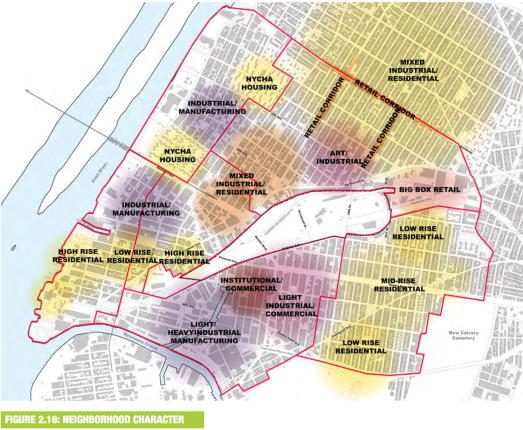