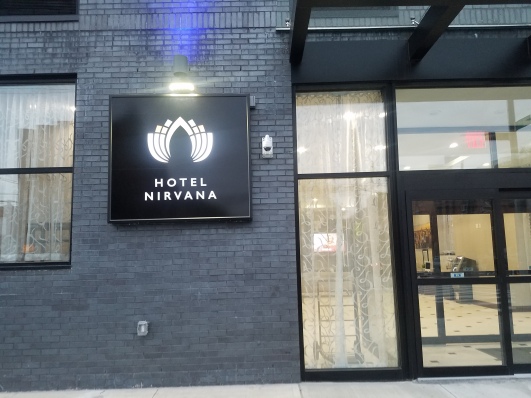 Today, that gray brick block building called Hotel Nirvana in the Industrial Business Zone in Ravenswood opened and has a lotus flower logo.

Also, Councilman Jimmy Van Bramer was at the Met Gala, which was Catholic themed. “It’s almost time for this kid from #Queens to head to the @metmuseum for the #MetGala!” he tweeted earlier on. JVB has gone before at least in 2013 and 2014. He was also hanging out with Jesse Eisenberg the other day.

As the Times explains, last year only about 550 people went to the gala, which is invitation only, each invitation overseen by Anna Wintour and tickets cost $30,000. Are all the council members invited? Who sponsored or invited the councilman of the 26th District? I hit him up with questions on Instagram so let’s see if he responds.