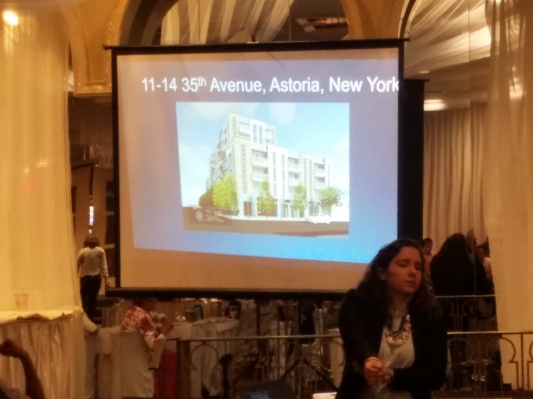 A rendering of the obscure Ravi Management’s planned eight story building for the southwest corner of 12th Street and 35th Avenue shows a light-toned jumbo cube. Maybe I couldn’t see the rendering if it was shown at the hearing over the item at CB1’s land-use committee’s rezoning hearing last month – but it was shown on a slide at a full Community Board 1 meeting last night, where the board approved of the rezoning plan with certain stipulations.

END_OF_DOCUMENT_TOKEN_TO_BE_REPLACED 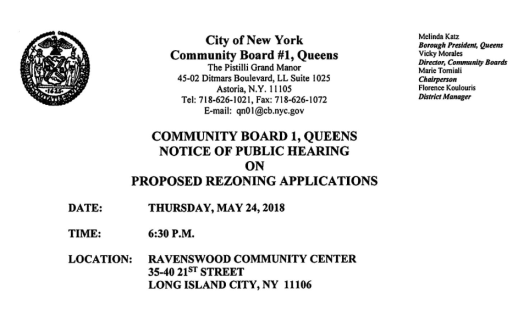 A public hearing is planned on May 24 for rezoning applications for an apartment building planned for 12th Street near 35th Avenue in Ravenswood and the Variety Boys and Girls Club mixed-use redevelopment on 21st Street.

END_OF_DOCUMENT_TOKEN_TO_BE_REPLACED 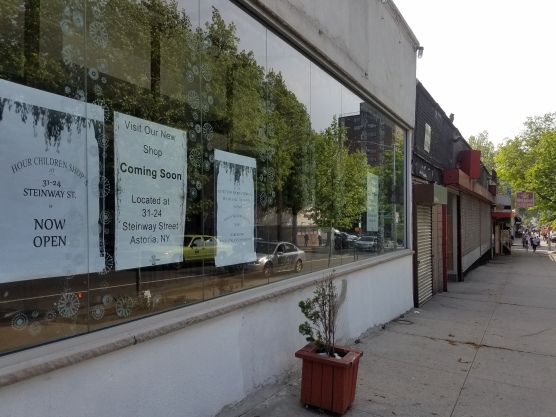 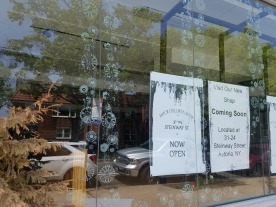 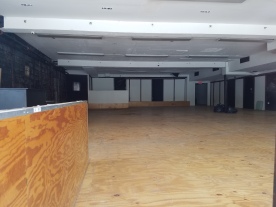 Hour Children has relocated one of its thrift stores to Steinway Street, leaving behind two retail blocks dotted with vacant and inaccessible storefronts on 34th Avenue on both sides of Crescent Street. The former thrift store location at 25-22 34th Avenue has been permanently closed since January 9 due to flooding, Corner learned by a call to Hour Children. The spacious 34th Avenue property, owned by Fred DelRosario, according to city records, is joined by five other closed storefronts, plus a permanently gated storefront and a storefront being used for industrial use. 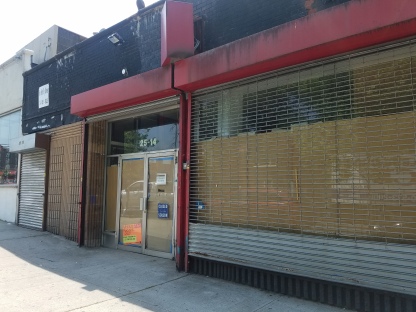 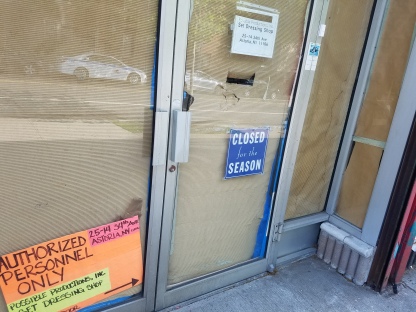 Near the former Hour location is a large storefront, 25-14 34th Avenue, used by Possible Productions, a set design company that has on its portfolio website the 2016 Democratic National Convention and Coachella. Possible Productions has a wide exterior with the gate down, and a sign which reads: “AUTHORIZED PERSONNEL ONLY.” I rung the bell and asked when the “season” ends, referring to the other sign, and when the store will be open. The man who answered briefly implied it’s not a store, and said the gate will stay down. Update: So this is what I learned from a Department of Buildings rep who acted like I was asking the most absurd question she’d heard all day. That storefront is allowed to have its gate down forever. 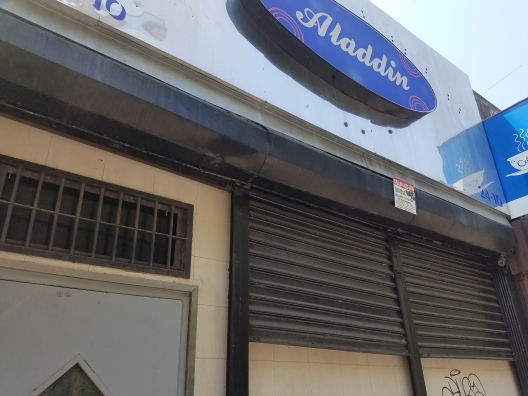 So, on two retail strips on both sides of Crescent, eight of the storefronts are not being used as storefronts. Six of those are vacant, one is Possible Productions and the other is an Aladdin bakery. (Photos below.)

END_OF_DOCUMENT_TOKEN_TO_BE_REPLACED 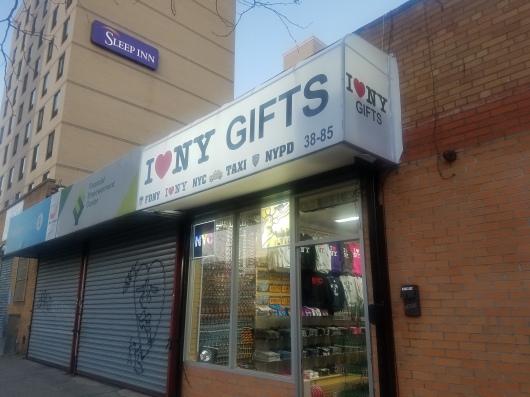 A Times Square-style souvenir shop has opened in industrial Long Island City. Just New York Souvenir, at 38-85 13th Street, half a block from the NYCHA Queensbridge Houses, sits within a 10 block Industrial Business Zone where low-rise warehouses and factories dominate but at least 13 hotel sites have cropped up.

“This looks like something on Canal Street,” said a man who stopped in mid-day to sell recycling services. END_OF_DOCUMENT_TOKEN_TO_BE_REPLACED

Uh
No joy to see this close
Pretty much says it all
This is the official most creepy place in Long Island City.
Loading Comments...