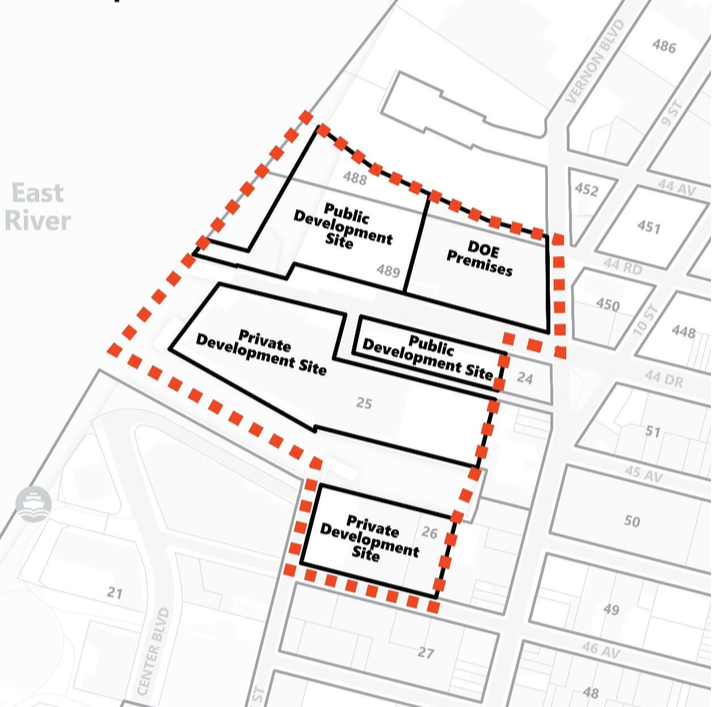 The Anable Basin was controversial even before Amazon said it would show up. Less than a year ago, City Council Member Jimmy Van Bramer, other local pols and various LIC activists were there to protest a plan to turn the strip at 44th Drive at the waterfront into a development that would somehow involve residential and industrial uses altogether. Well — no one cares about that anymore, because Amazon is coming, which is apparently the biggest story in a while and it’s down the street from my apartment. A memorandum of understanding shows where Amazon plans to set up shop for part of it’s HQ2, and it’s the same area, just south of Con Edison. JVB and Senator Michael Gianaris were initially down with Amazon coming to LIC, but held a protest at the site today saying this was a huge $3 billion giveaway that won’t involve any public review. The mayor says the 25,000 jobs or more promised over a decade is unprecedented and the governor says the return on investment would be nine to one.  END_OF_DOCUMENT_TOKEN_TO_BE_REPLACED

Uh
No joy to see this close
Pretty much says it all
This is the official most creepy place in Long Island City.
Loading Comments...