With some good news for the elevated N/W line in Astoria comes a new idea. Last Wednesday the MTA presented Community Board 1’s transportation committee with a plan to build much-called for elevators at the Astoria Boulevard station. Today, the board voted unanimously to send a letter (posted below) to NYC Transit proposing a permanent shuttle along 31st Street to bring even more accessibility along the whole elevated line. Anyone who needs an elevator would be able to take the two-way shuttle to Astoria Boulevard or down to the Queens Plaza station for the E, M, or R trains. Thirty First Street is currently served by the Q102 bus between 30th Avenue and Queens Plaza (map PDF).

In its letter, the board suggests the shuttle would address not only the elevator issue, but would help make up for the construction closures. The stations at 36th and 30th avenues have been under construction since October and have provoked outcry from local business owners suffering revenue losses. That construction should wrap in June but in July, the Broadway and 39th Avenue stations are set to close for renovations. The Ditmars Boulevard Station is also set for a 14-month renovation to begin this month but won’t fully close. 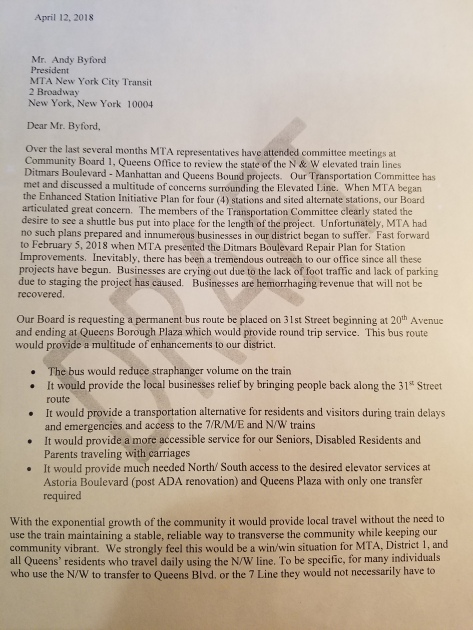 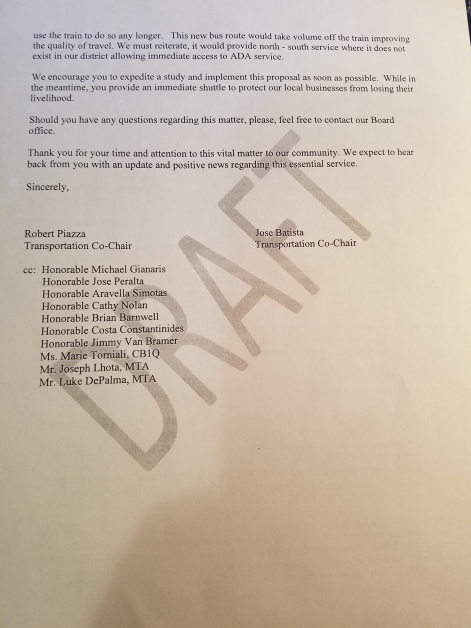